About Charities for KY

CHARITIES for Kentucky Board Members 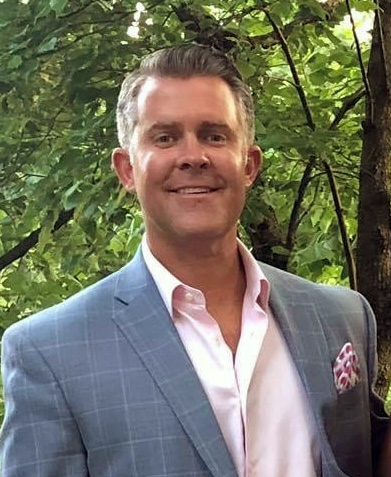 Born and raised in Kentucky, Todd has always had a passion for all things Kentucky. After growing up in Louisville and attending the University of Kentucky, he knew Lexington was a great place for his family to grow. In June of 2002, he married his high school sweetheart, Jennifer, and they began their lives together in Lexington. Todd has three children, Leighton, Whitley, and Connor. He has also been blessed with the opportunity to grow in his faith at First United Methodist Church. As parents, he and Jennifer have tried to teach their children the need for kindness and philanthropy in their lives as it is important for them to act as true ambassadors of the Commonwealth. As a result, they understand the need to serve. In addition to working for Janssen Biotech for the last 18+ years, Todd also has enjoyed the opportunity to serve on the board at The Ronald McDonald House of the Bluegrass, Coaches for the Kids, and Sigma Alpha Epsilon House Corp. In his spare time, you will find him in the stands or coaching his kids’ activities, traveling, and of course cheering on the Wildcats. 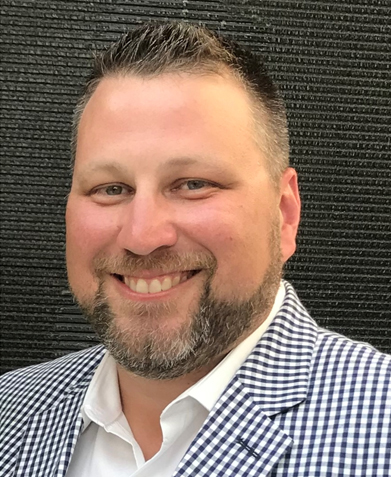 Jason and his family live in Versailles, KY and have enjoyed calling Woodford County home for over a decade. Jason attended the University of Kentucky from 1996 through 2002 and was a member of the Phi Kappa Tau Fraternity.  Jason and his wife Crystal have two sons (Hudson (9), Harrison (7)) and are season ticket holders for several of University of Kentucky’s sports teams, but Fall nights spent at Kroger Field watching the UK Football team are their favorite.  Both of their sons play travel baseball, so springs and summers are filled with weekends at the ball field.

Jason is the President of his third generation, family owned business located in Lexington KY, Central Equipment, which specializes in the sales and service of Agriculture, Construction, and Outdoor Power Equipment.  They serve Central Kentucky’s booming Equine and Commercial Landscaper markets as well as farmers and large acreage homeowners with their wide scope of equipment offerings.  Central Equipment is celebrating their 50th Anniversary of serving Central Kentucky this year.

Jason also is a partner in a digital marketing firm, Dealers Digital, and also does consulting for several key manufactures in the Agriculture and Outdoor Power Equipment segments.

She has demonstrated expertise in planning, marketing and business development. Recognized nationally, Alissa’s portfolio includes extensive work with the PGA Tour, Formula 1, IndyCar, Nascar, and such prestigious clients as the Dubai Equestrian Club, the Presidential Inaugural Committee, and the Centennial Olympic Games in Atlanta.

Under Alissa’s leadership, The Lundergan Group has grown beyond catering and into a powerhouse of event companies offering services that provide solutions to events of every size in locations that span from empty fields, racetracks and stadiums to incredible ballrooms.

Alissa is a native of Lexington, graduate of Lexington Catholic High School and Transylvania University.  She lives in Lexington with her husband Brian and their two children, Harrison and Grace.

Fatima hails from southern California, and was raised in Kentucky during her primary years. Although she returned to California to attend high school and college, she’s always called Kentucky “Home”.

While attending and playing basketball at San Pedro High School (CA), Fatima spent ALL of her free time at the local Boys & Girls Club where she often was the only girl who played alongside or against the Johnson brothers, Craig, Dean, Joey—and sometimes Dennis. In 1992 as a high school senior, Fatima was named to the Los Angeles (LA) Times South Bay First Team, ALL CIF Los Angeles City Section Amateur Athletics Team, the LA Times All-City Second Team (only to be second team to first team Tina Thompson), and named to the LA Times Prep Basketball All-Star Team. Fatima’s high school academic and basketball accomplishments led her to the University of California, Irvine, where she received a NCAA Division I women’s basketball scholarship. In 1996, Fatima graduated with honors as a first-generation college graduate, receiving a B.A. degree in psychology. In 2001, she received her Master’s in Communication Sciences and Disorders from Howard University, located in Washington, DC.

Fatima is a Licensed, medical Speech-Language Pathologist (SLP). She is the individual owner and principal endoscopist of BluegrassFEES, PLLC, a mobile fiberoptic endoscopic evaluation of swallowing provider. Fatima is a national certified member of the American Speech-Language-Hearing Association (ASHA), licensed by the Kentucky Board of Speech-Language Pathology and Audiology, and a member of the Kentucky Speech-Language-Hearing Association (KSHA). Over her professional career, Fatima has had the pleasure of providing care within the Cardinal Hill Rehabilitation Hospital and Easter Seals community. She also served as a contractor with the Kentucky Cabinet for Health and Family Services’ First Steps program.

Originally from Chicago, IL with family ties to Louisville and Northern Kentucky, Brad grew up in a home of University of Kentucky alumni and avid sports fans.  After obtaining his B.B.A. from the Gatton College of Business & Economics with a concentration in Finance, Brad began his career with Fifth Third Bank in Cincinnati.  Throughout his 20+ year finance career he has lived in Lexington, Cincinnati, Chicago, Nashville, and currently resides in Atlanta and works for Truist Financial as a SVP of Finance.  Brad is in the process of completing his Executive MBA from the Terry College of Business at the University of Georgia.

He has had the pleasure serving on the Kennesaw State University Athletics Board, the National Sigma Alpha Epsilon Fraternity – Audit & Finance Committee, UK Sigma Alpha Epsilon Housing Corp, and currently sits on the Association for Catechumenal Ministry board as the Finance Chair.  In addition to his board involvement, Brad volunteers at the local chapters of Junior Achievement and Habitat for Humanity.

Brad and his wife Jennifer have three daughters, Gabrielle, Lilah and Felicity.  If he’s not on a soccer field, at a XC meet, or at a cheer competition watching his girls perform, you will find him playing golf or basketball.

Kris Comstock played football for UK from 1994-1998 as an offensive lineman. The three-year starter and first-team All-SEC player in 1998, Kris blocked for Tim Couch and helped lead the Wildcats to the Outback bowl in his final season. He graduated with a business degree in 1998, has a predominant career in the bourbon industry, and lives in Lexington with his family. 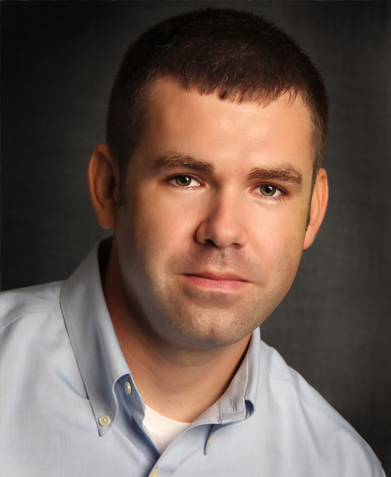 A native of Ashland, Justin is a 2000 graduate of Paul Blazer High School. After completing undergraduate and medical school at University of Kentucky, he completed a residency in urology at Yale-New Haven Hospital in 2013. He moved back to Kentucky after completing residency in 2013 and joined practice with his father. He enjoys providing medical care in the community he grew up in and serving residents of eastern Kentucky. He is involved in a variety of charities and youth sports organization in Ashland area. His favorite activity is spending time with his wife and 3 children and supporting their bias for University of Kentucky sports. 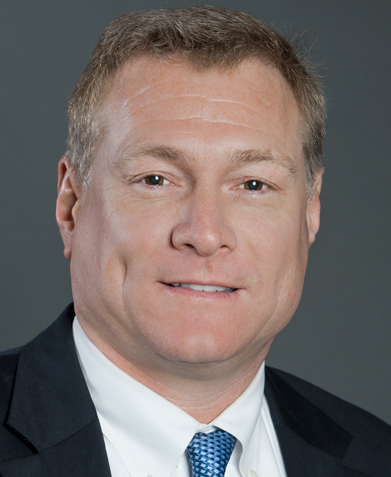 Richard Johnson grew up in Louisville and graduated UK in 1987 with a B.A. in Business Administration, and in 1991 with J.D. and M.B.A. degrees.  He is the principal of Johnson Legal Network, PLLC.  Richard lives in Lexington with his wife Jill, and has two children, Gracie (24) and Max (20).  Previously, Richard served eight years on the Board of the Ronald McDonald House of Lexington, and was Board President in 2015.  Jill has been a long-time volunteer for CASA of Lexington, and for Baby Health Services in Lexington.

Richard is a fourth generation Wildcat.  His dad (Phil Johnson) was a member of the 1958 national championship basketball team, and his grandfather (Bert Johnson) was an all-SEC running back for UK football in the 1930s.  Richard’s great-grandfather (Professor Carl Lampert) founded the UK Department of Music, and composed the fight song, On, On, U of K!

Justin Lawrence is a lifelong Kentucky resident and graduate of the University of Kentucky.  At UK, Justin received degrees in Accounting and in Management while thoroughly enjoying four years of college as an active Fiji.  After college, Justin went to law school at Salmon P. Chase College of Law where he founded a chapter of the Phi Alpha Delta law fraternity.  That chapter went on to win the fraternity’s national award for best chapter and Justin won the national award for best chapter justice (i.e. president) in his third year.  After law school, Justin started the law firm Lawrence & Associates, which has grown to a nine attorney firm with offices in three states.  Justin and his wife Michelle have two children and live in Ft. Mitchell Kentucky.  In addition to sitting on the board of governors for various legal organizations, Justin has also taken a special interest in supporting organizations that help children with disabilities.  Justin’s son has Down Syndrome and his family is involved with the Down Syndrome Association of Greater Cincinnati.  In addition, Justin frequently volunteers for Redwood and for the Diocesan Catholic Children’s Home.  Justin couldn’t be more excited to combine his love for sports and for his alma mater with his love for supporting the Kentucky organizations that make the world a better place for all children.

Andy Mayer, UK ‘ 96, is Senior Vice President, Commercial Lending at German American in Louisville, KY.   During his years at UK he was a member of Sigma Alpha Epsilon Fraternity where he served on many positions, including President his Junior Year.  Andy also served as Vice President of the IFC.

After graduation, Andy was a member of the SAE Housing Corp for 10 years and served a one-year appointment to the UK Alumni Association Board of Trustees.

Andy has committed his time serving on boards such as the Kentucky Hemophilia Foundation Board as well as Make – A – Wish Kentucky.

He lives in Louisville with his wife, Emily, ’96, and two daughters, Olivia, and Lillie Grace.

Brad Robinson was born and raised in Ashland KY.  He is a 1999 University of Kentucky graduate with a Bachelor of Science degree in Accounting.  He is the currently the President of Robinson Tax Service Inc., Treasurer of the Ashland, Ky Elks Lodge 350 B.P.O.E. and  serving as the Vice President of Elswick-Robinson Outdoor Advertising, a local billboard company all located in Ashland, KY.

During UK football season, Brad can be found in the RV lot, tailgating with his wife, Brooke, and kids, Reed and Carson.   Summers are spent camping, boating at Cave Run Lake in Morehead KY and traveling across the state of Kentucky supporting his daughter, Carson, in horse shows.

Ryan and his family live in Union, KY and are long-time residents of the Northern Kentucky region. He graduated from the University of Kentucky in 2004 with a degree in computer science. Ryan and his wife Kelly have two kids (Emmaline (6), Colin age (2)) and are frequently found at Rupp arena basketball games, fantasy basketball camps, and plenty of home and away UK sporting events.

Ryan is senior director of marketing for Intel Corporation, focusing on accelerated compute and graphics products. Prior to joining Intel in 2018, Ryan spent 18+ years as an independent technical analyst, working with companies like Intel, Nvidia, and AMD on product development, go to market planning, and audience research.

Copyright 2022 Charities Across the State for Kentucky, a 501(c)(3) Charitable Organization
Terms & Conditions

Your donations go to support the people of Kentucky through involvement with various charitable organizations throughout the Commonwealth.